In 2015, China became the world’s number 1 country in installation capacity for its solar PV systems, surpassing Germany for the first time. Let’s have a little look at how and why.

China’s achievement as a world leader was largely due to the fact that it had the largest solar product shipment.

This went hand-in-hand with the renewable energy policies put forward in the government’s 13th Five-Year Plan.

Driven by huge market demand and the country’s efficient construction capacity, 2017 was the peak year for solar power in China.

Then, last July, China’s solar PV installation exceeded the government’s 2020 target of 105 GW. By September 2018, the figure had already reached an astonishing 165GW, far beyond the 2020 target.

Behind the prosperity, however, not all that glitters is gold. In fact, there have been some major issues with the project.

The issue lies in the deficit between power generation and demand between the west and east of China, as well as the difficulty of long-distance power transmission.

Because of these, much of the power generated by these large-scale solar systems is not actually connected to the grid and being consumed.

As a result, the growing trend across China is to restrict actual solar generation to limit the capacity connected into the grid.

Even though this issue was purportedly resolved in 2017, 6% of this energy (equivalent to 7.3 billion kWh) – was still being wasted – enough to feed 9% of the energy demand of South Australia from 2016 to 2017.

Another great challenge is the huge subsidiary gap that the government has yet to fill, caused by the unexpectedly fast growth of China’s installed solar capacity. Especially since this happened in such a short period of time.

As the amount of required subsidiary funding accumulates year after year, the gap to fill becomes larger and larger.

At this point, it’s fair to say that the elastic band of funding has been stretched to its extreme.

Next came the sudden announcement of the ‘531 New Deal’, to curtail utility-scale and distributed generation PV deployments.

Announced right after the SNEC Conference in Shanghai in mid-2018, the impacts of this deal were felt right across the industry.

The market value of listed solar companies was quick to decline, which in turn affected the whole value chain of the solar industry.

A handful of larger corporations (with ties to the government) were fortunate enough to hear of the 531 New Deal in advance. These companies were thus able to prepare by reducing their production rate before the policy change.

However, for most solar companies, the news in the wake of the conference was a rather rude awakening.

These companies were pushed to a critical point, forced to try and minimise losses as quickly as possible through impromptu production halts, staff redundancies, and organisational restructures.

The most immediate result of the 531 New Deal was the over-capacity and subsequent price drop of solar products.

Responding to the national over-capacity, many companies started to look to international markets and establish their project development teams overseas.

This would allow them to expand their presence and find new opportunities elsewhere.

Australia and other APAC countries were among the most desirable target markets. In fact, at the All-Energy Conference in Melbourne this October, Chinese companies represented more than 40% of all businesses in the trade show.

Many Tier-1 solar companies from China have moved their project teams to Australia, actively seeking development and investment opportunities in the utility sectors.

According to AEMO’s latest Generation Information Report, there are 21 GW solar farm projects proposed for development by the end of October.

However, greater challenges for grid connection approval and unstable policies around renewable energy targets have made the requirements posed on investors more and more strict.

These will significantly limit the number of projects financially possible to complete by 2020.

Hence the efforts of the aforementioned Chinese companies who have now expanded to Australia. These big players are doing what they can to find project leads and advance negotiations.

Along with utility investment, some companies are also looking into investment in energy retail to broaden their overseas portfolios.

Fortunately, the ‘winter’ of the China solar industry did not last too long this time.

At the end of October, GCL-Poly Energy Holdings, considered a trusted source for policy trend forecasts in China, announced their expansion of the new Xinjiang polysilicon production plant to 60,000 MT.

Not surprisingly, on 2nd November, in the mid-term evaluation forum on solar industry development in the 13th Five-Year Plan, The National Energy Administration (NEA) announced that instead of terminating the whole subsidy scheme all at once, the government would adjust relevant policies over time.

It would continue to offer support to the solar industry, but subsidies would be reduced annually until 2022.

The forum also announced the adjusted increase in solar installation capacity from 210 GW to 250 or even 270 GW during the 13th Five-Year Plan.

Even though it will still be another month before we see the newly adjusted policies, this piece of good news has been quite a relief for many solar companies.

It also means that for the next few years, China will continue to lead the world’s solar market.

Though the situation has since stabilised, after five months of ups and downs, Chinese solar companies are now well aware of the certainty as well as the urgency of the NEA’s subsidy-free plan.

For Better, Not For Worse

Interestingly, one positive outcome has emerged from this policy ordeal.

The 531 New Deal and its complications have actually increased awareness around the various shortcomings and outdated frameworks in the energy industry.

This has stimulated modernisation and development, with a push for technology innovation to further reduce system costs.

As part of this process, inefficient production lines will be eliminated from the market. Only those with outstanding cost benefits and strong technological foundations will survive in the long term.

With China as a leading actor in the energy space, the solar market is likely to benefit on the global scale.

Getting Ahead The Hiccup New Deal, New Problems Going Global Back On Track For Better, Not For Worse Contact Us 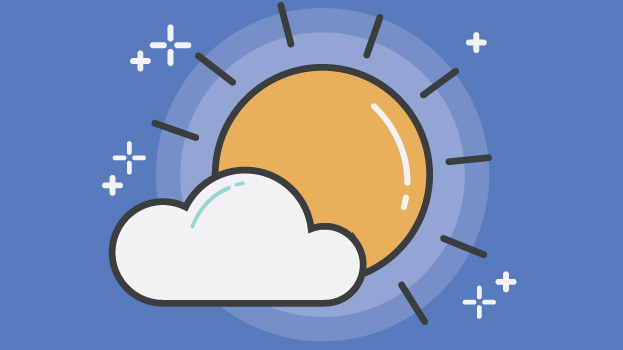 China is Officially a World Leader in Solar Power, But…