The Morrison Government has taken important action to strengthen and simplify national laws to better protect Australians against sexual harassment in the workplace.

This legislation is a critical step forward and will enhance protections against sexual harassment and other forms of sex discrimination in Australian workplaces.

To help you navigate through these legislative changes, here are what you need to know about key changes as well as the steps employers should consider in responding to these changes.

The Respect at Work bill defines sexual harassment as “any unwelcome sexual advance, unwelcome request for sexual favours or other unwelcome conduct of a sexual nature which makes a person feel offended, humiliated and / or intimidated, where a reasonable person would anticipate that reaction in the circumstances.”

What are the major changes in the Bill?

Stop Sexual Harassment Order
The existing anti-bullying jurisdiction in the Fair Work Act was amended to allow the Fair Work Commission to make an order to stop sexual harassment in the workplace.

This will provide a more protective mechanism for individuals to access. In comparison to the existing stop bullying orders, the misconduct would only need to be repeated once to qualify for further action to be taken.

Valid Reason for Dismissal
The Fair Work Act was amended to provide a valid reason for dismissal if a person sexually harasses another in connection with their employment. This follows on from recent changes to include sexual harassment in the definition of ‘serious misconduct’ in the Fair Work Regulations 2009 (Cth).

Miscarriage leave
The changes allow an employee to take up to two days of paid compassionate leave (unpaid for casuals) if the employee or employee’s partner experience a miscarriage.

Harassment on the Grounds of Sex
Harassing a person on the basis of sex is prohibited under the Sex Discrimination Act. Harassing conduct on the ground of sex will need to be sufficiently serious or sustained to meet the threshold of offensive, humiliating, or intimidating, as well as seriously demeaning.

Expansion of protection to all paid and unpaid workers
The protection from sexual harassment under the Sexual Harassment Act was expanded to now include interns, apprentices, volunteers, as well as self-employed workers.

Victimisation
This change clarifies that a person who is threatened or subjecting a person to detriment for taking action such as lodging a complaint can make a civil claim under the Sex Discrimination Act.

Extension of time to make a sexual harassment complaint
The period in which to make a complaint to the AHRC has been extended from six months to 24 months. This provision has been inserted in response to the recognition that complaints initiated under the Sexual Discrimination Act, including for sexual harassment, may be difficult for a person to lodge within six months.

Ancillary or accessorial liability
The Sex Discrimination Act deems the conduct of a person who ‘causes, instructs, induces, aids or permits another person to do an unlawful act of discrimination to have engaged in that same conduct. This is now extended to sexual and sex-based harassment, consistent with provisions in other federal anti-discrimination legislation.

What are the Implications for Employers?

Employers must be cognisant of these legislative changes and ensure that their current workplace policies and procedures are up to date in accordance with the amendments passed.

These changes have a significant impact on employers and their complaints process. For employers, it will mean that:

– Employment documentation and policies will need to be amended to reflect changes to the law regarding sexual harassment and miscarriage compassionate leave.

– Accessibility of the process will need to be considered.

– Complaints processes will need to be reviewed and amended to reflect changes.

– Complaints processes will need to be reviewed to ensure that organisations respond effectively to sexual harassment claims and complaints, and

– Training will need to be conducted with employees so that employees understand changes to the law and its consequences for their workplace conduct.

Should you require any further information or clarification, as well as any assistance with reviewing existing sexual harassment policies, processes and training materials to ensure that you are legally compliant, please contact our HR Services team. 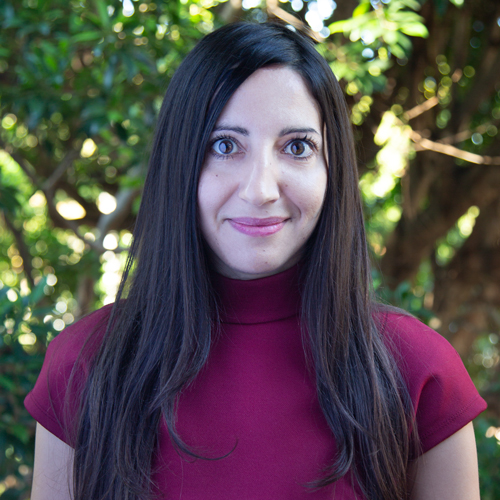 Sophie is an extremely passionate Senior Human Resources Advisor who strives to help and support her clients across a wide range of People / HR Matters whilst considering business needs. Sophie builds strong and valued relationships with senior leaders across the organisation, and is considered a trusted ally among her clients.
Read more about Sophie Janssens.