Rain, hail or shine – we in Australia are blessed with a wealth of possibilities for renewable energy sources and storage…but we are still far from realising our full potential.

This was one of my many takeaways from the All-Energy Australia event I recently attended in Melbourne with my team. In case you missed All-Energy from 3rd-4th October 2018, here are my conclusions from the largest renewable energy exhibition in Australia to date.

The global energy industry is in a period of great transition, especially in Australia, where wind and solar energy are now the most economically viable (low-cost) new forms of energy. That’s not to mention, of course, the ongoing development of battery storage and increased uptake of bioenergy and hydrogen.

Unfortunately, however, certain factors continue to hinder the uptake of renewables in Australia. The government continues to be run by figures with a conservative approach (and whose vested interests lean unwaveringly towards the coal industry).

But what presents the biggest challenge is the need for reform to the grid system. We currently have an electricity grid designed for the 20th century, which makes servicing remote solar and wind farms problematic to say the least.

In order to reach the Paris Agreement target of net-zero emissions by 2050 – from which only the US has pulled out – we will have to undergo a radical transformation to decarbonise energy, electrify transport, adopt consumer-managed energy consumption systems and ultimately reorganise the aforementioned grid model to reflect long-term, sustainable vision.

Meanwhile, price-wise, solar now stands on its own, with no requirement for fiscal support.

The renewable energy revolution is upon us…whether Australian Energy Minister Angus Taylor likes it or not.

We have over 9 gigawatts’ worth of solar and wind projects in the pipeline nationwide. 1.1 GW of solar was installed on rooftops last year, and the rate of battery installation has tripled.

As for the grid and transmission & distribution issues, the Greens Party policy proposes a series of Renewable Energy Zones (REZs) that are supported by a network of transmission infrastructure. This would consist of new and improved electricity interconnectors between States (such as the SA/Vic Riverlink connections and a 3rd NSW/QLD interconnector).

Whereas Federal Government policy has presented a barrier, State Government policy and funding in Victoria are increasingly backing alternative energy. Thanks to this support, a total of 26 wind farms are now in operation and another 37 approved are for construction.

In New South Wales, there is a lot to learn from Victoria and South Australia’s example.

It’s essentially the short-term vision and reluctance to move away from coal that sets Australia back.

The question remains: why can’t we replace coal with renewable energy as our primary export to Asia and major source of revenue?

Australia is the 6th highest global carbon emitter, far beyond our population level.

With the recent release of the UN’s 1.5 Degree Special Climate Report, it is now or never for the Australian Government to begin working with the renewable energy sector and put these measures into action.

Our Indigenous peoples, the traditional custodians of this land, remind us that the resources of this country do not exist to be exploited and corrupted by humankind.

With renewable energy technology and economics on our side, all we are lacking is the policy to begin acting accordingly.

What are your thoughts on renewable energy and the mindful use of natural resources in your country? 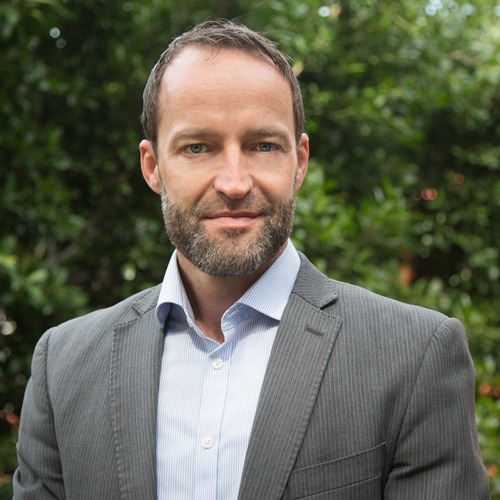