In celebration of these partnerships, we will be promoting bilateral trades by interviewing some of the key players. Keen to know more about the current challenges faced by the countries we are representing such as Latin America, Europe, Asia & the US, we are thrilled to share our interview with Kristian Wolf, Executive Director of the German-Australia Chamber of Industry and Commerce (GACIC).

Could you please introduce your organisation?

We are the German-Australia Chamber of Industry and Commerce (GACIC). With offices in both Sydney, Melbourne and a new Chapter in Queensland, the GACIC is the official representative for German industry trade. The GACIC represents more than 400 member companies and 800 German companies all over Australia. Having been established in 1977, we are proud to celebrate 40 years of history this year in 2017.

What type of services can you offer to German companies looking for new business opportunities in Australia?

We offer a broad range of services for companies who aspire to enter the Australian market. Whilst market research can be completed independently by a German company, we take pride in the fact that we have “boots on the ground” here in Australia, with local knowledge and local networks.

We have a number of staff members who are dedicated to market-entry research services, including 5 consulting staff within our Sydney office alone. Our market research explores everything from visibility to discovering hidden market opportunities. I see these services as very relevant, as Australian opportunities are often overlooked (mostly due to the geographical distance from Germany and Europe at large). The truth is, these opportunities hold great potential, as demonstrated by the fact that Australia is the 13th largest economy in the world.

Are you subsidised by the Government, or is your organisation membership based?

The GACIC is funded by a combination of both Government and public investment. We receive some government funding by the German Ministry for Economic Affairs and Energy for helping German companies with smaller enquiries.

More in-depth services such as delivering specialised knowledge are not subsided by the German Government. As such, there is a fee to cover the expense of consultant costs. Our membership fees also provide essential funding.

As a not-for-profit chamber of commerce, we are also attract sponsorships to fund our larger events. Overall, we depend on a combination of funding types to continue to operate as a NFP body.

How many members do you have?
How many German companies are operating in Australia?

As I mentioned in my introductory remarks, the GACIC has approximately 400 members, and this figure is constantly growing.

We estimate to have approximately 800-900 German subsidiaries. This figure is only approximate, as many German businesses are represented by an Australian distributor, meaning they are not always “visible” as a German subsidiary.

What are the organisation’s main accomplishments since you took office?

Since I became involved in the GACIC 5 years ago, I believe one of the biggest breakthroughs was the foundation of the Australia Germany Advisory Group. Founded at the G20 by the Australian Prime Minister Malcolm Turnbull and German Chancellor Angela Merkel, this was set to have a huge impact on the German-Australian political relationship. The advisory group consists of business people of all different disciplines, thereby empowering a number of voices in discussion about the future of German-Australian business. The committee is chaired by Finance Minister, Mathias Cormann and the Minister of State from the German Foreign Ministry, Maria Böhmer.

When established, the advisory group created 59 recommendations; 54 of which have been put into action. These developments are of uttermost relevance to German and Australian industries and trade. Overall, the changes have stimulated a very positive effect on the startup businesses, the bilateral investment relationship and boosting support for a free trade agreement between Australia and Europe. The Australia Germany Advisory Group and its impact has advanced the German-Australian relationship to a higher level than we’ve seen over the preceding decades.

“The Australia Germany Advisory Group and its impact has advanced the German-Australian relationship to a higher level than we’ve seen over the preceding decades.”

As a result, the GACIC has many new avenues to pursue; one of the most prominent being our Asia Pacific Regional Conference to be hosted in Perth from November 3 to 5. This conference will welcome 1000 German-Australian business people attend, which is the largest gathering of such business people in history.

How do you perceive the Australasian region in general regarding its regulations, market trends as well as the geography of business for Germany?

One interesting aspect of the Australasian region is that the market is often overlooked. I believe Australia’s connection to the Asia Pacific region (especially to China and the ASEAN region) is a lot stronger than commonly perceived.

For this reason, it is crucial that the GACIC addresses German businesses (particularly SMEs) and draw awareness to the fantastic opportunities within the Australian market. Of course, these opportunities not only lie within Australia itself, but also in its proximity to the Asia Pacific, the ASEAN region and beyond.

What about Germany’s business culture —
is it in any way similar to the Australian one?

The Australian business culture has a reputation for being very relaxed, however, I believe the extent of this “laid-back way of business” is overemphasised. After all, Australia has generated 26 years of economic growth. Australia has been able to diversify its economy, making its opportunities quite widespread across different industries.

The “culture” in Australia is an interesting topic, as it really embraces such an array of different nationalities and cultural practices. I believe Australia’s multiculturalism is a huge asset to anyone looking to enter the Asian market. The “melting pot” of different cultures means businesses from other countries such as Germany are embraced in a very positive way, and have access to a diverse customer base that values “made in Germany”.

At large, I believe Australia is a very nice country to do business in. It’s transparent and it’s straight-forward, which are huge assets in mitigating risks and understanding the market from a foreign perspective.

In which industries/sectors of Australia do you see opportunities for Germany companies?

You could perceive the lucrative industries to be parts of two broad categories. One such category encompasses the “traditional” industries of Australia, which have been productive throughout time. These include Oil and Gas, Mining, plus transport & energy Infrastructure.

In addition to these “traditional” industries, Australia is becoming a leader in the industries of the future. Australia is certainly excelling in new energy infrastructure including in Renewable Energy, which is of huge interest to Germany. Another growing sector where Australia has really established its self is the IT Industry (including FinTech and Cyber Security).

Overall, Australia has become a lot more than a traditional mining & manufacturing hub.

“Australia is becoming a leader
in the industries of the future.”

From your experience, what are the typical steps that German businesses undertake when expanding in Australia?

I believe German companies often adopt a cautious approach and enter the market with small “baby steps”. They usually complete market studies, before identifying potential distributors. When they uncover market potential, they begin making a move by starting their own office—a very deliberate process.

That being said, German startup companies are becoming more prominent. These startups strive to scale quite quickly, and thereby challenge the traditional methods in going overseas. They look to recruit a team relatively promptly, even before establishing an office. With new technology and software, the option of having a remote or “offsite” team is becoming easier. So, German startups will often work with people from a home office – something very different from the traditional methods.

The new ways of starting up overseas is changing business structures. No longer being limited by logistical issues means that founders have access to a huge range of human capital. As such, they place an enormous value upon the potential skills and knowledge which they can bring onboard in their business.

What are the main challenges for German companies entering Australia recently & what are the common mistakes that they make?

As any country, Australia has its own business regulations and standards. So, as a German company entering the Australian market, it is crucial to have a sound knowledge and understanding of these requirements and how they can impact business operation. Failing to carry out adequate research and prepare for these regulations can disrupt the future of business.

I believe one other challenge is the high cost of entering the Australian market, which can feel like a big up-front investment. In addition, the smaller market size means that existing businesses are often well-established, making the competitiveness quite high. In saying this, I do not believe German companies should be intimidated.

The challenges can certainly be overcome, and the Australian market is lucrative once the business becomes established here.

What do you think about the current Free Trade Agreements between the EU and Australia?

With the EU-Australia Free Trade Agreement due to be negotiated in the coming months, we can be confident that the FTA will help Australian European trade & investment in the near future.

Whilst there are always some challenges to overcome during the negotiations, both sides will benefit from its implementation. In addition, the FTA would open up opportunities that Australia has to offer for European countries that wish to invest in the Asia Pacific.

Can you tell us what we can expect in terms of the Chamber’s upcoming events this year?

The GACIC is very proud to celebrate 40 years of history. Over this journey, the chamber has received wonderful support from member companies, such as The Polyglot Group. When considering the upcoming highlights, our Asia Pacific Regional Conference which I alluded to earlier will truly fulfill one of greatest ambitions for 2017. With 6 Australian ministers being confirmed, this will be a one-of-a-kind event to celebrate the strong German-Australian relationship.

We as the German Chamber are just one part of this growing relationship. We are very thankful for the support from our member companies, as well as both the Australian and German Government.

In creating our Bilateral Trades Down Under Series, we would like to thank Kristian Wolf for taking the time to provide such an insightful interview. 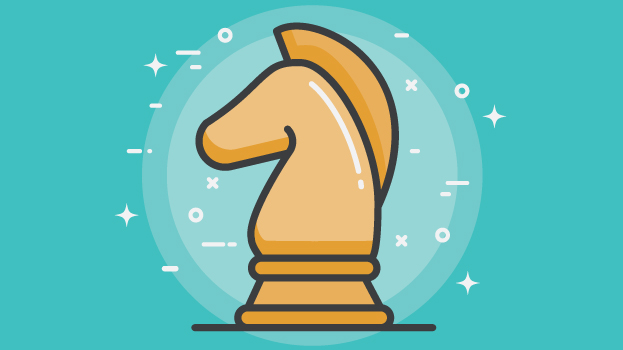 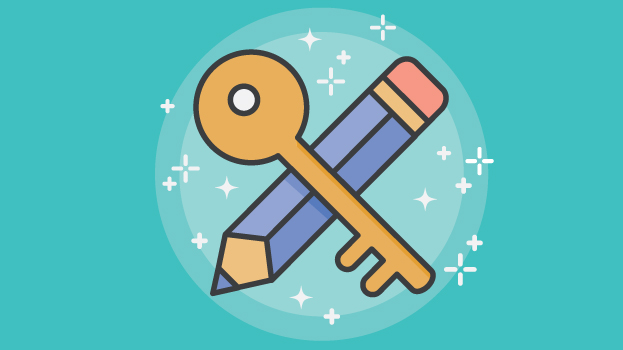 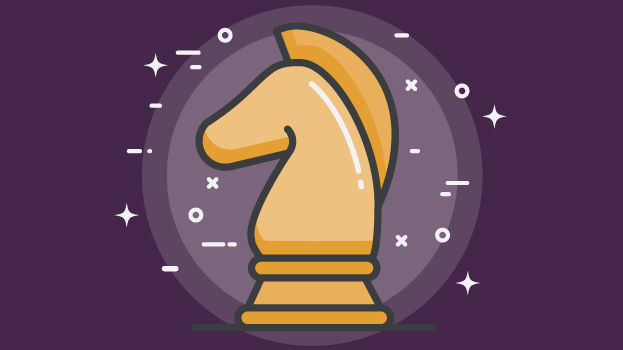